Trips to my sister’s are never boring. They’ve been a lot more frequent lately, because this is the area we’re moving to as well as because she’s 36+2 weeks with her miracle baby and there’s still so much to do! 🥰 So today, I’ve been helping the guys do flooring in the baby’s room after the virtual baby shower. I actually really enjoy doing projects with Grizz for a couple of reasons. I love doing things with my hands; that’s that creative streak in me. Also, because as much as he says he’s not a teacher, he really is, especially when it comes to something he enjoys. He’s taught me how to change tires, change brakes, cook, we’ve built fences together, we built our chicken run and our garden, and tons of other projects. I love learning new things, even at 32 years old. I love the feeling of accomplishment of getting projects done. I love helping. I love that this baby will have a part of me in his room, especially since I won’t get to be there for his birth as my sister’s doula like we had planned because of stupid Covid. So today, I’m still providing doula support (emotional and physical support) by helping get the nursery ready. I’m talking to the floor and encouraging the nails to come out instead of a baby. I’m using counter pressure on baseboards instead of hips and a lower back. And when we’re done and the nursery is ready for my sister’s finishing touches, I’ll give her a prenatal massage, belly map and see baby’s position, and plan to spend lots of time snuggling and Night Nannying after he’s born.

Anyone else ever have those days where it’s almost like your to-do list looks at you and laughs? Well, today was that day for me. We’re in the middle of trying to get our house ready to list and Grizz is working from home a lot, so I’ve changed “school rooms” going on 3 times since making the decision to homeschool in April. Our friend has his own woodworking business and made me a custom school table, and I got what was our living room all set up as a school room, then Grizz got a promotion that’s moving us 3 hours away. So now my beautiful school room is Grizz’s office and I’m in the process of getting everything moved back to the dining room so we can still do school and not disturb Grizz if he’s on one of his many calls during our school block.

The past few days have been spent trying to get us back in a groove of waking up, doing school, and sticking to our blocks well. Today, I had in my To-Do Book to get the table moved. I’ll give you 3 guesses where said table is. Yep. Right where it’s been for the past 2 months. Today wasn’t a total loss though. We got school done, early actually. I was able to discuss details of the subjects our co-schooling crew is starting next week and get stuff prepped for that. And then my afternoon quickly turned into the Mom version of “If You Give A Mouse A Cookie”.

If Mom gets the kitchen clean…ish (are kitchens that serve 6+ people ever truly clean for long?), she’ll notice the produce scraps forgotten on the counter. So she’ll go outside to give them to the chickens. She’ll realize how tall the grass has gotten and decide to weed eat since Grizz has been so busy. Of course, Grizz hears the weed eater and comes out to “supervise”, then helps P get the mower around and Grizz starts to mow. Mom will take a break for water and think to check the water in the chicken run. She will notice the duck pond (i.e. a kiddie pool and PVC piping) needs to be drained. While she drains it and sprays it out, Grizz will get finished mowing and start weed eating around the garden. Mom notices all the weeds that need to be pulled and starts pulling them. She asks P to take the grass clippings and weeds and put them in the run, since it’s now super muddy from draining the pond. She’ll ask Grizz what time it is after Sassafras informs her of Lovey and Bug’s animal cracker sneaking, and she’ll be shocked that it’s already after 7. She’ll send the boys in to take showers and move planters around before going in to take a shower herself. While she’s in the shower, she’ll run through her food inventory to figure out something for dinner, since she was supposed to start on Keto Chicken Pot Pie 3 hours earlier. She’ll throw together a meal, and pride herself on staying on plan. As she eats her last few bites, the girls will tell her that Alexa said it’s time for their bedtime routine. She’ll make a mental note to finish working on the kids’ checklists in Canva so she can get them printed before next week. She’ll brush teeth, read a book, do songs, prayers, and lovins, and tuck little girls in bed, then go to her iPad to work on checklists. As she’s working on checklists, she’ll remember she hasn’t blogged today and needs to write a post instead. She was going to share her amazing Keto Chicken Pot Pie recipe, but since that didn’t happen, she doesn’t really know what to write. While she’s thinking, she’ll hear Grizz in the living room playing XBox, and remember that the table didn’t get moved. She’ll go lay everything out on the dining room table instead so it’s ready for school tomorrow, and notice that the girls didn’t clear their plates from dinner. She’ll take them to the kitchen and see that the dishwasher is done. She will consider unloading it. But Mom learned earlier that if she starts cleaning the kitchen, she may find all the other things that need to be done and she’ll stay up all night trying to do them. So she decides to grab herself a Keto cookie and sit down to write on her blog, grateful that her success isn’t defined by whether her To-Do Book is done, if she stuck to her meal plan, or what the room where school is done looks like, but rather that there is love in her home, her family’s bellies are full, and she knows that tomorrow is a new day with new mercies to equip and sustain her.

There are many families that are making the decision to homeschool this year for various reasons. I contributed our story to the Mississippi Center For Public Policy, along with multiple other families. You can check out our stories by clicking the link below!

Looking for information on homeschooling in Mississippi? MCPP has another great article here: https://mspolicy.org/how-many-new-homeschoolers-will-we-have-this-year/

Homeschooling in Mississippi, as the article states, is super easy; just fill out the school attendance form and submit it to your district’s attendance officer. Especially now that the form is available online to download from the MS Department of Education website, officially homeschooling is easier than deciding on which curriculum to use.

Have you considered homeschooling, or did your family make the decision to homeschool this year? I would love to hear your “why”! 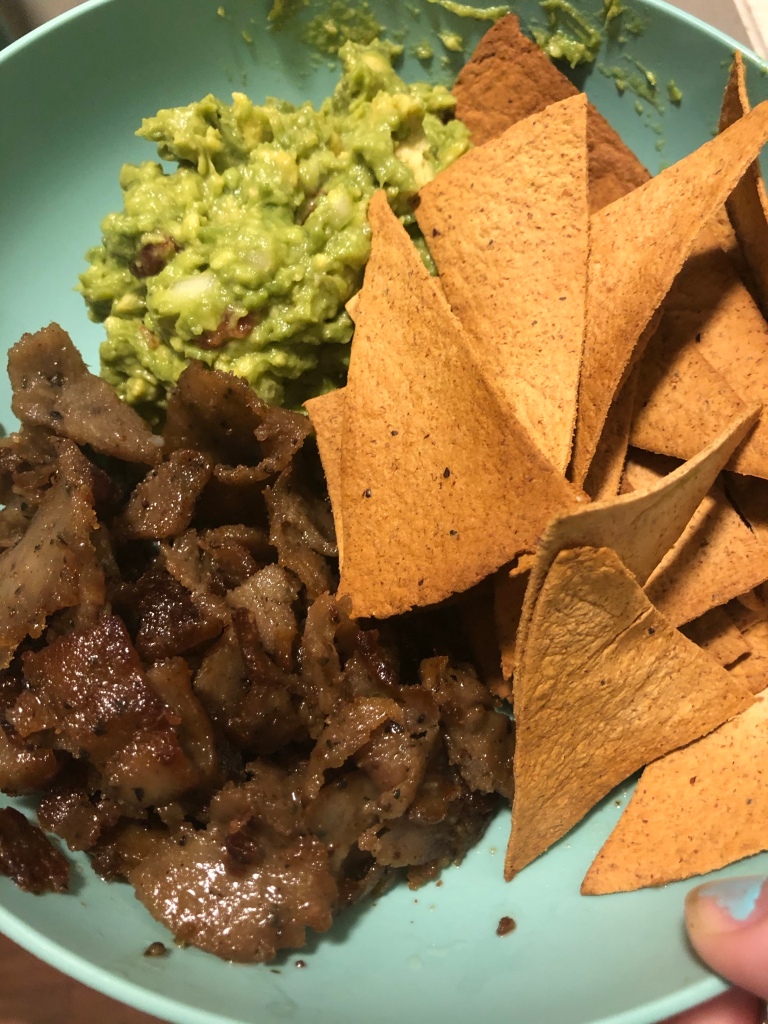 We officially started our homeschool year today, 7th grade, 3rd grade, Kindergarten, and preschool. I prefer to school year round, staying in on yucky, really hot, or really cold days to be able to take a break on the pretty days and go on outside adventures or trips. I homeschooled my oldest for 3 years before we moved into the district we’re in now, and for multiple reasons, we decided to put the kids into public school for the past 3 years. With us getting ready to move 3 hours away and not wanting to change schools in the middle of the year, plus everything going on with Covid, the uncertainty of what “reopening” would look like, and feeling like the kids being masked and isolated in classrooms wouldn’t be the best option for us, we made the decision to homeschool again. Also, because of having to crisis school for the last 9 weeks of the last school year, P, who was the main one who wanted to go back to public school in the first place, said “Mom, if you’re going to have to teach me at home anyway, I’d rather study and learn what we want to”, and we all agreed. So we sat down and looked through different curriculums together and the kids had a major say in the Science and History/Geography/Bible curriculum we chose. I’ll list what we’re using for our subjects below for those interested.

One of my favorite things about homeschooling this year is that our 3 closest family friends all homeschool too, so we’re actually co-schooling together. We’re all doing the same Science and History curriculum, so I’m planning Science for everyone and another friend is planning History. We’re uploading lessons to a shared Google Classroom and each kid will do their own work and share the projects and experiments with the rest of the group. We’re also creating a shared Minecraft world for them to interact in and create things we’re studying about in those subjects. I love the freedom and creativity that homeschooling allows for!

The past 3 days have been CrAzY busy, but I have looked forward to this day for close to a decade… a day to honor my sister (by heart, not blood) as she gets ready to birth her first baby. This baby has been my longest running prayer and intercession, and to have those prayers finally answered and be able to meet him in a few short weeks makes my heart soar! I have loved his momma for well over half my life. We’ve made so many memories it’d be impossible to list them all. We stood by each other’s sides on our wedding days. She is my kids’ godmother and RaRa, and has been one heck of an amazing aunt, but seeing her finally become a momma herself after her struggle with infertility has been one of the greatest joys of my life. I wanted today to be spectacularly special for her (and it was) so I’ve put off blogging (and housework 😬) to make sure I had everything ready. Here’s a glimpse at what’s been going on:

Today turned out beautifully. I am so grateful to everyone who helped make the BlessingWay so special, and for those who joined with us tonight to worship King Jesus together. And now, I’m going to watch Jordan Page’s new video on the block schedule she does for her kids, if I can make it through it without falling asleep… 6 a.m is going to come super early in our house since we’re used to sleeping til 8!

I just saw that the Pure Boost drink packets I posted about yesterday have a $2 off coupon right now. I don’t know how long it will last so if you’ve thought of trying these out, now might be a good time! Please consider purchasing using my amazon affiliate link 💖

Looking For Something Specific?